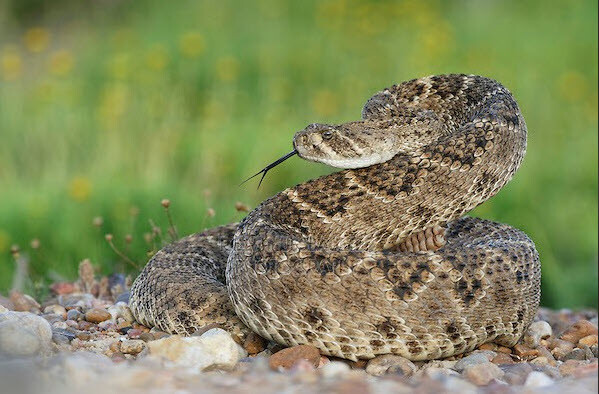 Most common Snakes In Our Neighborhood

The most common types of snakes in the Fulshear, Texas area. Learn about the non-venomous and venomous friends that live with us.

Small salmon-hued, 3″ to 10″ long. A companion of gardeners, it eats cutworms and centipedes. The Flathead snake can in flower beds and compost piles. Egg-bearing.

Flathead’s are egg layers, laying clutches of one to four eggs in the late spring which hatch in the summer.

The Rough Earth is a solid brown snake that eats grubs, earthworms, slugs. The Rough Earth snake enjoys being in gardens. Average adult size about 12″. Gives birth to Live-bearing offspring.

What is My Home Worth In Today’s Market

Another brown colored, yet this one has lighter brown stripes along its back. This snake eats similar food to rough earth snakes. Generally up to 12″. Very common in gardens and lawns. Live-bearing.

This snake is often mistaken for the venomous Copperhead. It lives in urban and suburban communities. Sometimes referred to as “city snake.”

If the hog-nose gets scared, it will flatten and spread its neck. The hog-nose will begin twitching, roll upside down, and will even play dead. It will open its mouth and let its tongue hang in the dirt.

Slim green in color, usually arboreal but may does get on the ground. It’ primary diet is caterpillars, spiders, and grasshoppers. Average adult size 32″. The Rough Green Snake is available in pet stores around the US.

The Texas Rat is the most common snake (up to 72″) in our community. It has squarish dark blotches on lighter shaded skin. Great climber. Aggressive and strikes readily; however its bite results typically in just shallow scratches. It eats birds, rodents and other small mammals.

Get a Free Subdivision Market Report

Olive-gray with yellowbelly. It is a thin snake, which grows up to 54″ long. Insects are its primary food source, but they eat littler vertebrates on occasion.

The Speckled Kingsnake has shiny dark brown to blue-black with a pale yellow spot on each scale and yellow belly. They can reach up to 48″. Red eyes are familiar among adult snakes.

They Speckled Kingsnake can live up to 20 years. They are potentially docile by nature and hunt their prey by scent. Their forked tongue allows them to smell their prey.

This snake plays a very significant part in the ecosystem by keeping the population of other snakes and rodents in check. They feast upon whatever is available to them including small reptiles, amphibians, birds, rodents, frogs, lizards, small mammals, and eggs.

They are found in forested to open prairie. Variable in coloring but always has a prominent light yellowish green stripe down the center of back. Average adult size 34″. Eastern garter snakes eat worms (nightcrawlers are best), frogs, toads, minnows and salamanders.

How Much Is Your Home Worth?

Beige with dark blotches of different shapes. Will strike quickly and it discharges a musky scent whenever undermined. For the most part 20″ – 34″ long. The diet mostly consists of frogs, toads, slow moving and small fish. Carrion is also a standard part of the diet.

Get Your Local Market Snapshot

The Coffee-brown with paler brown stripes and cream-colored belly. It is a small, slender snake (18″ – 30″), it is incredibly reclusive and rarely seen. Graham’s Crayfish Snake mainly eats crayfish. It sometimes eats snails and frogs. Live-bearing.

The bad news is that there are four species of venomous snakes in the United States, and the Greater Houston area is home to all of them. The good news is that not all of them are common, and encountering some of them would be extremely rare.

Most common venomous snake in Fort Bend County and Harris County is the Southern Copperhead. Most common venomous snake in our area. Deaths are uncommon from its venom, though it can be fatal to a small child and can cause the loss of legs, foot or other limbs. The copper- head has a primary body color of a brownish to copperish color with copperish dark hourglass designs down its body. It makes for excellent camouflage. Its principal food is mice, but it readily eats other small animals. Lover of woodpiles and leaf litter. Adults can grow up to 30″ long.

Stout dark viper mainly is seen in the water but may live in dry habitats. The average adult can grow to 36″. Relatively few people are ever bit despite its reputation. The death rate throughout the U.S. is less than 1 person a year. Many non-venomous snakes are mistaken for the cottonmouth.

It is a small (grows up to 26″) snake with vivid markings: red bands surrounded by yellow bands on each side. (One helpful way to remember this – “Red and yellow, kill a fellow, red and black, friend, of Jack.”!) Several snakes resemble the coral snake, which is not venomous. These snakes do not have the touching red and yellow bands. The coral snake’s venom is the most deadly and destructive in the U.S. It closely resembles that of the Cobra’s Venom. The Coral snake is non-aggressive, and virtually all bites occur from someone touching it. If bitten by a Texas Coral Snake, immediately get medical attention. Found in garden soil or rocky crevices. It eats primarily other snakes.

RATTLESNAKES ARE RARE IN THE FULSHEAR AREA

Rattlesnakes may be found in outlying areas around Fulshear but are uncommon. There are many snakes, including copperheads, cottonmouths and nonpoisonous snakes that may vibrate their tails when they are afraid, and if the snake is in a brushy territory, the sound can be very similar to a rattlesnake. If a rattler strikes you, get medical attention immediately! Fatalities are exceptionally uncommon now in light of the excellent medical treatment available.  All rattlers are live-bearing. The young often have yellow tail tips before the rattles begin to form.

The Diamondback is the largest and most wide-spread of all rattlers in our state. It grows to an average of 3′ to 4′ and feeds on small animals. Because it often hunts during the day, it is the most common rattler to be seen, especially around farm buildings and water troughs.

This one is not as large, and it keeps to its self away from people. It prefers low bottom forests areas, hilly woodlands, or dense woods near a permanent water supply. It hunts rabbits, squirrels, rats, mice, other snakes, lizards, frogs and occasionally birds.

The Timber Rattler is highly venomous. They are slow to defend themselves. They prefer to use their ability to blend into their surroundings to avoid danger. Its first defense is to look for an escape rather than risk danger to itself.

The typical length of a Western Massasauga is around 2′. It inclines toward meadows with thorny pear shrubberies and is uncommon to see.

Also rare. It is a small, colorful rattlesnake with a slender tail and tiny rattle. The general color is light brownish gray, with a row of small, dark brown spots on the back and similar spots on each side. Most have a rust-colored stripe down the back. It is a little over a foot long and stockily built. Some try to defend themselves vigorously by coiling, sounding their rattles, jerking their head, and striking at any movement. Others remain motionless and try to escape only when touched by a stick or snake hook.

Terra Point Realty is a family owned and operated full service boutique Real Estate Brokerage Firm specializing in Residential, Land, and Property Management. At Terra Point Realty they give each of their clients service that far exceeds their expectations in buying, selling, leasing, renting, farm and ranch, relocation & property management. They strive to succeed that their client’s have a positive experience. They efficiently deliver world class service with accuracy, professionalism and integrity.  They do it right the first time…You need a partner who knows the neighborhoods, the market and the knowledge of the process. Who can advise you when to sleep on it, when to fold, or go all in.  This is about much more than some walls and a roof. This is about your future. You can not just settle. #JustCallTerraPoint